What a tumultuous time our first Owatonnan Episcopal ancestors lived in, and what a challenging time to be a Christian in Minnesota. It was probably June 1858 that the first Episcopalian (or Anglican) Christians gathered for worship in Owatonna, when Owatonna was a village of about 300 people. They met in an office on the corner of Cedar and Main. In 1860 there were about a dozen confirmed members. At the time, most of the Christians in town were sharing a wing of Deacon Stoughton’s as their place of worship, taking turns on Sundays. Then the log schoolhouse was used. Shortly thereafter a hall, called Morford Hall, was built near where First Baptist church now stands, and that became the site of common worship.

In August 1860, the Episcopalians organized as a parish and filed articles of incorporation. In the summer of 1867 the congregation erected a small chapel holding about 125 people, costing about $1,500, half of it raised in Owatonna. It was used for the first time in July that year, though it still had no doors, windows or seats. The congregation petitioned to be taken under the care of Bishop Henry Whipple, who in 1859 had become the first bishop of Minnesota. A famous evangelist, humanitarian and advocate for the Indians, in 1862 Whipple wrote and then went to President Lincoln to appeal for the lives of the 303 Dakota men sentenced to hang in Mankato; 264 were pardoned, in part because of his efforts. Of Whipple, Lincoln later told a friend, “He came here the other day and talked with me about the rascality of this Indian business until I felt it down to my boots.” It is also said of Whipple that while other white men were killing Indians, he was ordaining them.

This was also the time of the Civil War, of course. It must have been a remarkable moment to be a Minnesotan-Whipple-Episcopalian-Christian church. In choosing to be Episcopalian the people of St Paul’s may have been taking a particularly courageous stand.

In 1884 the chapel, by now called the Guild Hall, was superseded by a church, built right next door. Remarkable for the warmth of the light which shines through the beautiful, unusual and (one presumes) locally made stained glass, it is today as it originally was – a captivating example of a prairie church, still on its original site in downtown Owatonna, though now it is dwarfed by the Qwest building on two sides.

Saint Paul’s is also the oldest church (and perhaps the oldest building) in continuous use in Owatonna, but now the Guild Hall has been turned 90 degrees and joined to the 1884 building. There are meeting rooms, a kitchen, an undercroft, accessible entrances, an elevator, and a thriving trans-generational congregation. Air conditioning, and a new organ, built lovingly to scale for the small sanctuary – all these things have marked the last thirty or so years. In the Spring of 2008 we completed a new entrance and baptistry – high, vaulted, open and light. The stained glass in the new entrance includes a beautiful new round window (the generous gift of one family) and beneath it three windows salvaged from the rebuilding. One pane needed to be inserted in the central window to make it fit the design and it includes one of the most famous phrases from St. Paul’s first letter to the Corinthians when he speaks of faith, hope and love: “…and the greatest of these is love.”

Gracious God:
You led and sustained our forbears
in faith, courage, endurance and adventure.
Be with us on our journey.
Help us to nurture the gifts and companions
you give us on our way,
to minister and grow together
in the knowledge and love of you;
to worship you in spirit,
in truth, in joy and in wonder;
That guided and strengthened by your presence,
we may be a faithful, courageous, and visible sign
of your love for the world.
This we ask through Jesus the Christ,
our Saviour and our Example. Amen. 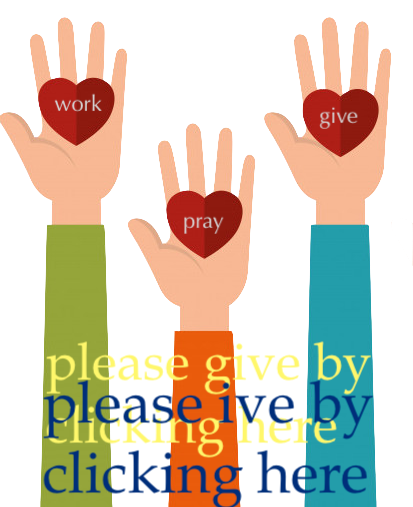